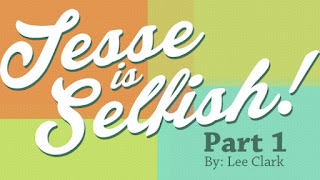 Consumers are listening, but it is becoming ever-increasingly difficult to reach them. I had a conversation with Jesse, one of our designers in his '30s just the other day. This is what I asked him.

Q: Do you watch HULU or Netflix?
A: Yes, but I pay for the version that's ad-free

Q: Do you listen to the radio?
A: Yes, but it's subscription-based, no ads

Q: Do you read the newspaper?
A: No. I use Reddit for most of my news (which has only sponsorship-style banner ads)

Q: Do you use social media?
A: Yes. Mostly Snapchat. Sometimes Instagram. Fewer ads, fewer politically motivated were two reasons for his choices.

Jesse is selfish. I don't mean that in a bad way. What I mean is that Jesse is motivated to consume what he wants, when he wants it and (here comes the kicker) without being interrupted! The nerve. By the way, the one caveat I'd like to add is that Jesse did say he watches television during major sporting events. For example, the Super Bowl or Final Four. Thank God that he didn't completely abandon us all and leave us with no hopes of ever reaching, let alone influencing him regarding his buying decisions! I digress. Fear not oh faithful marketer of consumer products because the fact is, we can reach Jesse. How we do so and when we do so, has changed. You heard the term when you were younger, "I'm taking my ball and going home?" Well, it's Jesse's ball. It's his playground. We just have to meet him there. And, we have to be nice to him! Again, the nerve. We reach Jesse by offering something he wants. And we offer it to him in a way that's not offensive or intrusive. That can be accomplished through relatable content, through experiences, by keeping up with Jesse and understanding what he's passionate about. Tell me more, you say? I will …. in my next article. Until then … go slay some Jesses!